Kevin Adkisson assists in the preservation, interpretation, and programming across the many buildings and treasures of Cranbrook, an educational community north of Detroit designed by Finnish-American architect Eliel Saarinen. Kevin’s work is focused on the community’s three historic homes, now operated as museums: the Albert Kahn-designed Cranbrook House (1908), Saarinen House (1930), and the Frank Lloyd Wright-designed Smith House (1950). He has curated exhibitions on Cranbrook history and legacy of craft, design, and architecture, as well as guiding countless students and visitors through Cranbrook each year. Kevin writes and edits the weekly Cranbrook Kitchen Sink history blog, and teaches an annual course on the history of American architecture.

A native of north Georgia, Adkisson has his BA in Architecture from Yale, where he lived in architect Eero Saarinen’s Morse College and worked in the Yale University Art Gallery’s American Decorative Arts Furniture Study. Adkisson is completing his MA from the University of Delaware’s Winterthur Program in American Material Culture, with a thesis examining the role of postmodernism in shopping mall architecture. Previously, Kevin worked for Robert A.M. Stern Architects in New York as a research and writing associate and at Kent Bloomer Studio in New Haven, where he designed and fabricated architectural ornament. Kevin served as the Cranbrook Center for Collections and Research Collections Fellow from August 2016—June 2019.

Kevin is more than happy to answer any questions about the design and history of Morse College: kadkisson@cranbrook.edu 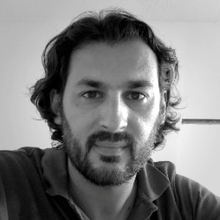 Naysan Adlparvar is a Postdoctoral Fellow and Lecturer with the Anthropology Department at Yale. He completed his PhD, in 2015, at the University of Sussex’s Institute of Development Studies researching the effects of post-2001 political reconstruction upon identity and interethnic relations in Afghanistan’s Bamyan Valley.

His research interests are two-fold. On the one hand, his research investigates the nature of social relations (e.g. ethnicity, religious affiliation and gender) in conflict-affected and transitional contexts. He also studies Afghan refugees, both in terms of social integration in host societies, but also with regard to the challenges associated with return to Afghanistan.

Naysan has previously worked for NGOs and the UN in Afghanistan, Jordan and Iraq conducting research and providing technical advice. Naysan currently works with UN’s Crisis Bureau in New York delivering policy and practical guidance on support to governments in conflict-affected settings.

He teaches on US intervention in Afghanistan and Iraq, the Society and Politics of the Middle East and anthropological critiques of International Development. 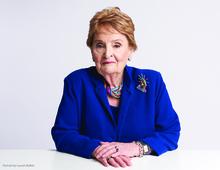 Morse shares condolences with the Madam Secretary’s family and the nation at her passing. She was a beloved Morse Fellow.
Madeleine K. Albright was a professor, author, diplomat and businesswoman who served as the 64th Secretary of State of the United States. In 1997, she was named the first female Secretary of State and became, at that time, the highest ranking woman in the history of the U.S. government. From 1993 to 1997, Dr. Albright served as the U.S. Permanent Representative to the United Nations and was a member of the President’s Cabinet. She was a Professor in the Practice of Diplomacy at the Georgetown University School of Foreign Service. Dr. Albright was Chair of Albright Stonebridge Group, a global strategy firm, and Chair of Albright Capital Management LLC, an investment advisory firm focused on emerging markets. She also chaired the National Democratic Institute, served as the president of the Truman Scholarship Foundation and was a member of the U.S. Defense Department’s Defense Policy Board. In 2012, she was chosen by President Obama to receive the nation’s highest civilian honor, the Presidential Medal of Freedom, in recognition of her contributions to international peace and democracy.
Dr. Albright’s most recent book, Fascism: A Warning (2018) debuted at #1 on the New York Times bestseller list. She is the author of five other New York Times bestselling books: her autobiography, Madam Secretary: A Memoir (2003); The Mighty and the Almighty: Reflections on America, God, and World Affairs (2006); Memo to the President: How We Can Restore America’s Reputation and Leadership (2008); Read My Pins: Stories from a Diplomat’s Jewel Box (2009); and Prague Winter: A Personal Story of Remembrance and War, 1937-1948 (2012). Dr. Albright’s upcoming book, Hell and Other Destinations will be published in April 2020. 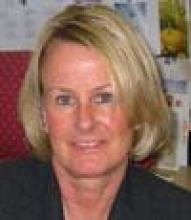 Mary Alice Lee is a member of the faculty of the Yale University School of Public Health. She is a Senior Policy Fellow with Connecticut Voices for Children, a non-profit organization that conducts research and public policy analysis to promote the well-being of Connecticut’s children, youth, and families. Dr. Lee also directs state-funded independent monitoring of enrollment trends and children’s health services in Connecticut’s HUSKY Program (Medicaid and CHIP).

Dr. Lee’s attention is on health of women and children, publicly-financed health insurance, the uninsured, and the implementation of Affordable Care Act.

Frederick Altice, M.D., M.A., is board-certified in both Infectious Diseases and Addiction Medicine and is Director of Clinical and Community Research, the Community Health Care Van, the HIV in Prisons Program. Professor Altice is also a Senior Investigator at the Center for Interdisciplinary Research on AIDS (CIRA) and the Global Health Initiative.

Prof. Altice is interested in the interface of infectious diseases and substance use disorders, including clinical trials, intervention science development, cohort studies and implementation science, primarily in low and middle income international settings. He is interested in advising and interacting with students interested in global health, health disparities, vulnerable populations such as people who inject drugs, men who have sex with men, female sex workers and criminal justice populations.

Please contact me or my administrative assistant, Paula Dellamura (paula.dellamura@yale.edu) for appointments. 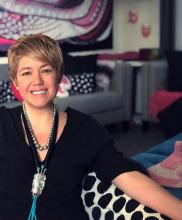 Erin Lee Antonak is a sculptor, a milliner, and a proud Wolf Clan member of the Oneida Indian Nation of New York. She is a graduate of Bard College and she studied at Lacoste School of the Arts and at Vermont Studio Center. Erin has worked in various museums and art galleries developing, designing, and building exhibitions for over 20 years. She has also organized and curated shows in Europe, Asia, and North America. Her artwork fuses  Iroquois sensibilities and traditional craft techniques which she learned as a child with contemporary materials and concepts.

Erin currently lives in New Haven with her husband, Brian, and their two young children, Calder and Archer. She is interested in time travel, world travel, metal detecting, ceremonial dress, and coffee.

For over forty years Shary has worked as an Investment Banker covering a wide variety of industries and transactions. In late 2016 he moved to be a Senior Partner within UBS Americas.  Prior to joining UBS he was Executive Vice President at Smith Barney, where he was responsible for the firm’s Investment Banking Group.  He has held executive positions at The First Boston Corporation, Dillon Read, and Guinness Peat plc.  He currently serves on a number of  civic boards of directors. His past corporate directorships include Northwest Airlines, KLM Royal Dutch Airlines and Cellular Information Systems.   Shary has served on the Yale World Fellows Program regional selection committee for the Middle East and Central Asia.  He and his wife, Laura Rose Aziz ‘79, support the Undergraduate Admissions Office outreach program for South Asian students.  On behalf of the Admissions Office, he has traveled to India and Pakistan and has provided support for financial aid for international students.  He is Chairman of Skillman Associates, the Yale Squash Alumni Association and is a fellow of Morse College.  He is Co-Secretary of his Yale College class and was Reunion Gift Chairman for his 25th, 30th,  35th and 40th reunions. He is a member of the President’s  Council on International Affairs.  Shary earned his M.B.A. from Harvard Business School and serves as a member of the HBS Global Advisory Board.   His twins Sharyar, Jr. and Alia are graduates of the Yale College Class of 2010.  His son Pasha is a member of the Class of 2008. Alia was a Silver Scholar at the Yale School of Management and graduated in 2014. 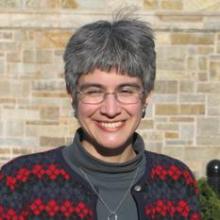 Beth Bennett graduated from Yale (Morse Class of 1991) with a double major in Mechanical Engineering and Applied Math. She has stayed at Yale ever since, earning her Ph.D. in Mechanical Engineering in 1997 and subsequently rising through the research ranks to her current position of Senior Research Scientist and Lecturer. Dr. Bennett’s research focuses on efficient numerical modeling of flames, and she teaches two engineering courses on numerical methods. She is also the enthusiastic faculty advisor for three engineering student organizations: ASME, SWE, and Tau Beta Pi (National Engineering Honor Society).

In her spare time, Dr. Bennett reads mysteries and spy novels, and she and her husband enjoy renovating their home, which is a never-ending source of interesting DIY projects.

Dr. Bennett would be happy to discuss Yale’s engineering and applied math programs, what engineering research involves (i.e., what to expect if you are doing a semester or a summer of research), and what to expect when applying to and attending engineering grad school. Conversations about what Morse was like 25 years ago are also welcome!

Nicholas Bennett received his BA in Mathematics from the University of the South (1991), and his PhD, also in Mathematics, from Yale (1997). His interests have always involved applied math in one form or another. Beyond the training he received at Sewanee and at Yale, Professor Bennett feels the most important formative influences on his career were a semester study abroad experience at Budapest Semesters in Mathematics, summer Research Experience for Undergraduates (REU) at the University of Tennessee, two summer internships in the Director’s Summer Program at the National Security Agency, and the two summer internships at Schlumberger. The latter paved the way for his current employment as Research Scientist for Schlumberger.

Prof. Bennett’s work is quite interdisciplinary (math, acoustics, electromagnetics, geology, computer science) and so requires considerable technical collaborations. An important skill he has developed over the years, and recommends to others, is to learn how to present very technical work to a general audience. He is happy to discuss his public speaking techniques. 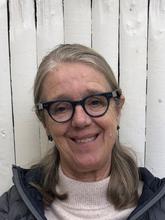 Ingunn Bjornson (M.D., neurology), now works as a weaver in New Haven. She was born and raised in Norway and went to medical school in Oslo. She moved to England in 1998 and worked as a neurologist and later as a primary care physician in the Cambridge area. As a physician, Ingunn worked on headaches and pain control, women’s health, and family planning.  She is married to another Norwegian, and has two adult children.  She has been living in New England since 2016, and moved to New Haven in the summer of 2019.

Ingunn has been interested in fiber crafts, knitting, sewing and weaving since childhood.  Although she had not done any weaving for years, she started doing it again when she retired and really enjoys it.  Ingunn likes its challenges, setting up the project, and the differences between the different fibers, techniques, and looms.  She helps out in the fiber studio in the college, and feels that it is wonderful to meet the students and learn from them as well as teach them crafts.