Alexa calls herself a New Havener after growing up in Millerton, New York and living many years across the country and Caribbean. Her time in Boulder and in Aspen shaped her love of the outdoors and people. Years in Venice and Laguna Beach, California solidified her love of the ocean and arts. Time in Yemassee, South Carolina gave her fresh understanding of tradition and history. It was life On Virgin Gorda that propelled her to get her PADI license and begin diving; it is also where she met and married her husband, Jeremy and where they began their family welcoming Zoe.

Throughout these locals Alexa got her BA in Anthropology at CU Boulder, EMS certificate at Colorado Mountain College which brought her onto the Ajax Ski Patrol, AOS from the CIA in Culinary Arts, worked in hospitality with The Ritz-Carlton and Rosewood and now, Yale.

An avid fiber artist, Alexa knits, spins, weaves, and felts. She reupholsters furniture, does large metal sculpture, and jewelry. She used to sew but hates it. Used to paint and misses it but wasn’t very good at it. She misses skiing and living on the beach but is very happy to have her family and always a corgi at her side.

Swing by the Head of College office for an espresso and to find Alexa puzzling over something and finding a creative way out. Or just come to play with her Corgi, Birdie. 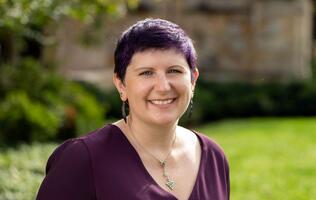 Before joining the Morse family in December 2021, Megan was the Program Coordinator for Yale Summer Session Programs Abroad for 11 years. Prior to Yale, Megan served as a member of the cruise director’s staff on board a Norwegian Cruise Line (NCL) ship. Her love of travel was ignited after spending a term at the University of Wollongong in Australia. When she is not planning her next big trip, she is baking up a storm for anyone who asks (just do not ask her to cook)  and spending time with family and friends and her gremlin, masquerading as Papillon-Chihuahua mix, Loki. 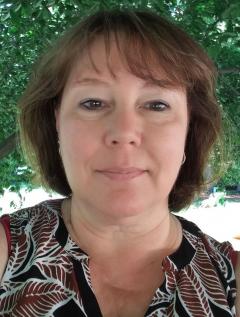 Mere has been at Yale scince 2003, and with the Morse Dean’s Office since January 2017.  Mere and her husband, George, have two children, Eric and Fina both north of 25. Mere’s hobbies include gardening and traveling with her family, but competition jam and jelly making is where she thrives by winning year after year. (Frequently these winnings are sampled in the Morse Offices along with her freshly baked, homemade pastries.) Mere is most at home in her kitchen, and tests recipes for magazines in her spare time. She also enjoys attending concerts of all types, but Rush is her favorite band which you can hear Mere belting out if you come into the office early.