Brian Scassellati spent his undergrad and graduate years at MIT finishing with a PhD in 2001. He came to Yale in 2001 and is a Professor of Computer Science, Cognitive Science, and Mechanical Engineering. He is also Director of the NSF Expedition on Socially Assistive Robotics. Professor Scassellati was named an Alfred P. Sloan Fellow in 2007, and received an NSF CAREER award in 2003. His research focuses on building embodied computational models of human social behavior, especially the developmental progression of early social skills. Using computational modeling and socially interactive robots, his research evaluates models of how infants acquire social skills and assists in the diagnosis and quantification of disorders of social development (such as autism). Succinctly put, he builds robots that help kids.

Christine Scriabine received her PhD in American Civilization at Brown University. She began her career teaching at Pennsylvania State University but quickly changed her focus upon arriving in New Haven when she had the opportunity to help the University of Hartford ultimately realize a new museum, The Museum of American Political Life. Currently, Professor Scriabine is doing historical consulting and freelance writing. 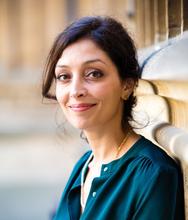 Nahid Siamdoust is an award-winning anthropologist and cultural historian whose work focuses primarily on the intersection of politics, cultural production, media and gender in Iran and the wider Middle East, with a focus on politico-cultural mediation and social movements. She is the inaugural Ehsan Yarshater Postdoctoral Associate at Yale’s Program in Iranian Studies and a Lecturer at the Anthropology Department. She has a doctorate from Oxford University. Before becoming an academic, Nahid was an Iran correspondent for Time Magazine and Der Spiegel for ten years, and a Middle East correspondent and anchor for Al Jazeera English in Qatar. She has published her research in The New York Times and Foreign Affairs, among others, and appeared as a guest on NPR, BBC, Al Jazeera. Her first book, “Soundtrack of the Revolution: The Politics of Music in Iran” was published by Stanford University Press in 2017.

Dorothy G. Singer is retired Senior Research Scientist, Department of Psychology, Yale University. She is also Co-Director of the Yale University Family Television Research and Consultation Center affiliated with the Zigler Center for Child Development and Public Policy. She is a Fellow of the American Psychological Association. Her research and publications are in the area of early childhood development, television effects on youth, and parent training in imaginative play. Professor Singer received the Distinguished Alumni Award from Teachers College, Columbia University in 2006, and in 2009, the Award for Distinguished Lifetime Contributions to Media Psychology from the American Psychological Association. She has authored over 150 articles and over 25 books. Her latest book is Handbook of Children and the Media.

Career advising, Serving as a reader for students preparing CVs and job or fellowship applications

Jerome L. Singer is a specialist in research on the psychology of imagination and daydreaming. Dr. Singer has authored articles on thought processes, imagery, personality, and psychotherapy as well as on children’s play and the effects of television. Recent books, include The House of Make-Believe, Repression and Dissociation, Imagination and Play in the Electronic Age, and Imagery in Psychotherapy and Handbook of Children and the Media. His most recent position in the American Psychological Association has been President of Division 10, Creativity and the Arts. In 2008, he was awarded the Rudolf Arnheim Award from the American Psychology Association for Distinguished Contributions to the Psychology of Aesthetics, Creativity, and the Arts, and in 2009, the Paul Farnsworth Award for Lifetime Contribution and Service, Division 10, American Psychological Association.

Dr. Singer can be found enjoying music, studies of imagination and daydreaming.

Connecting students to internships or other opportunities, Serving as a reader for students preparing CVs and job or fellowship applications 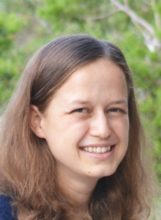 Before joining Yale’s German Department in 2018, Liese Sippel taught German language courses at New York University and The Pennsylvania State University. Her research interests include second language acquisition and foreign language pedagogy. In her free time, she likes to run and play tennis.

Michael Skonieczny is Deputy Director for the Yale Institute for Global Health (YIGH) and Lecturer in Public Health (Health Policy). Mr. Skonieczny was the director of public policy for Friends of the Global Fight Against AIDS, Tuberculosis and Malaria, where he led the organization’s advocacy efforts focused on expanding U.S. financial support for the Global Fund to Fight AIDS, Tuberculosis and Malaria. Prior to Friends, he was a senior public policy officer at the Elizabeth Glaser Pediatric AIDS Foundation, where he focused on global AIDS funding, prevention of mother-to-child transmission, pediatric treatment and related issues. Mr. Skonieczny was also a legislative assistant to Congresswoman Rosa L. DeLauro (D-CT), staffing her on appropriations and health-related issues. He has a B.A. from the Pennsylvania State University and an M.P.A. from George Washington University.

Assistant Dean of Research and Sustainability

Sara is the Assistant Dean of Research and Sustainability at the Yale School of Forestry & Environmental Studies where she works to cultivate a community of engaged problem solvers seeking solutions to a diverse set of environmental challenges. She received her Ph.D. from F&ES in 2016, and completed the joint master’s degree program between the School of Epidemiology and Public Health and F&ES in 2007. During her time at Yale, she has also had the opportunity to work in the University’s Office of Sustainability. Sara holds a B.A. in Environmental Studies with a concentration in Political Science from Middlebury College (2004). She spent her childhood on the remnants of her family’s dairy farm in the small town of Winslow, Maine. 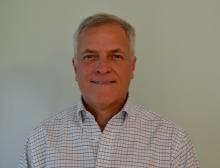 Wake Smith graduated from Yale College in 1979. He sang with the Alley Cats and the Glee Club, and played lacrosse (badly). After earning an MBA at a forlorn institution whose motto inexplicably lost its “Lux et”, he spent a career in commercial aviation and finance. He teaches a residential college seminar at Yale on Venture Capital and Private Equity, and writes on the logistics and costs of solar radiation management and geo engineering.

Alex Swensen graduated from Clark University with a degree in Photography and Graphic Design in 2011. His passion for craft beer flourished with his collection of labels, however, the quality of the contents of the bottles quickly overshadowed their packaging. After working as an archives assistant at the Yale University Art Gallery, Mr. Swensen’s interest in craft beer led him to accept a job at Harpoon Brewery in Boston, MA. He hosts beer tastings alongside his father, Yale University’s Chief Investment Officer David Swensen, offering insight into the developing craft beer culture.