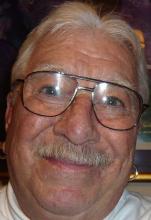 Henry Bolanos, retired VP of R&D for US Surgical Corporation, is named on Over 120 US patents in the Surgical and other Fields. He was responsible for the creation of state of the art surgical instruments: Endoscopic Clip Appliers and Endoscopic GIA devices used in Laparoscopic Surgery. He has a BSME from CCNY, and a Masters in Engineering from Stevens Institute of Technology.
His career has spanned both National and International corporate assignments. He is currently a Consultant on Creativity and New Product Development, and is a Lecturer at Yale University and a Visiting Professor at The University of Virginia and The University of Auckland, in New Zealand.
Mr. Bolanos has also serves as an Expert Witness in Patent and Product Liability litigation and he is the author of 5 books on Creativity and New Product Development.
Mr. Bolanos also conducts Seminars in Creativity and New Product Development for both Groups and Corporations.. He currently serves on the Board of an on-line Computer Company and is Chairman of a company in New Zealand, EverEdge IP, Ltd.

William Boos completed his MS at MIT and continued there to get his PhD in Atmospheric Science (2008.) He is now an Assistant Professor of Geology and Geophysics at Yale. Professor Boos’ research focuses on the fluid dynamics of Earth’s tropical atmosphere. One emphasis is monsoon circulations, which deliver water to billions of people in socially vulnerable, agricultural economies. Despite the importance of monsoon rainfall, there is no established theory that explains the observed variability of monsoons, and climate models make disparate predictions for next-century changes in monsoon rainfall. In his work, he combines theory, observational analyses, and numerical models. 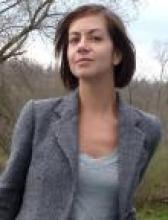 Marijeta Bozovic is Assistant Professor of Slavic Languages and Literatures at Yale University. She recently completed work on a monograph based on her dissertation, From Onegin to Ada: Nabokov’s Canon. She was a principal organizer for the Black and Blue Danube Symposium at Colgate University in March 2013 and the international conference Legacies of the Russian Avant-Garde at Columbia University in February 2012. Professor Bozovic is a founding member of the Central New York Mellon Humanities Corridor working group “Legacies of the Second World” and a participant in the Digital Mnemonics in Slavic Studies 2013 spring school in Freising, Germany. She is working on a book project on post-Soviet and post-Yugoslav literature and culture.

Prof. Bozovic is focused on twentieth and twenty-first-century Russian poetry, Russian and Balkan avant-gardes, diasporas and transnational culture, translation and adaptation across media, and the poetics and politics of the Danube river. 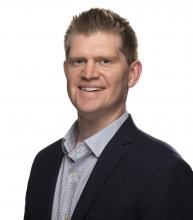 Michael Brenes is a historian, the Senior Archivist for American Diplomacy, and Lecturer in the Jackson Institute for Global Affairs. Before coming to Yale, he taught American and international history at Hunter College and Seton Hall University. His first book, For Might and Right: The Cold War and the Remaking of American Democracy is under contract with University of Massachusetts Press for their series in Culture and Politics in the Cold War and Beyond. He is currently writing a dual biography of President Lyndon Johnson and Vice President Hubert Humphrey entitled The Price of Loyalty: Hubert Humphrey, Lyndon Johnson, and the Struggle for American Liberalism.

His work has been published in The New York Times, The Washington Post, The New Republic, The American Prospect, Newsweek, The Hill, Vox, and The Chronicle of Higher Education. 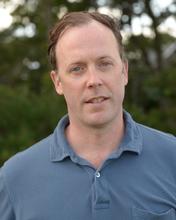 As the former Beirut Bureau Chief and Middle East correspondent for Time magazine, Andrew Lee Butters spent about a decade covering every major conflict and country in the region from the war in Iraq to the Arab Spring. He’s also worked for the Economist magazine and Bloomberg News in New York, his native city. He’s taught writing at Brown University as an undergraduate peer tutor, to Arab journalists at an English-language magazine in Damascus, Syria, and to journalism graduate students at the Arthur J. Carter Institute at New York University. He was also a journalist fellow at the Reuters Institute for the Study of Journalism at the University of Oxford.  He is very proud of his two fierce and funny Iranian-American daughters. 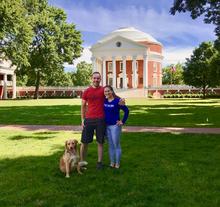 Kyle Buyers loves to learn, adventure, exercise, spend time with dogs - and excel in business to enable these passions. He works at eBay as the Global Performance Marketing Manager for Paid Social, acquiring new users at scale worldwide. Previously he worked at HP and Qualcomm as well as several startups in Vancouver, BC, spanning a 10+ year career in Marketing. He earned his B.A. in Psychology at the University of California Santa Cruz (go Banana Slugs!), and technical certificates in Marketing at British Columbia Institute of Technology.

He is a dual citizen of the US & Canada, a 2nd degree black belt in Taekwondo, and delights in numerous interests both athletic and nerdy: mountain biking, board games, snowboarding, video gaming, gymnastics, reading, martial arts, and more. 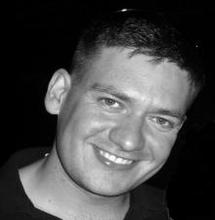 Will Cafferty was born in Johannesburg, South Africa in 1975. His family  moved to England when he was 5 years old and settled in South London,  Wimbledon. He graduated from Wimbledon College in 1994 and then  completed a Bachelor’s degree at Bristol University. He attended  graduate school at King’s College London, and received a PhD in  Neuroscience studying sensory and motor dysfunction in the damaged  peripheral nervous system.

Wimbledon, more specifically, tennis, and the nervous system have been  constants in his life from an early age. Growing up in Wimbledon he attended the ‘the Championships’ yearly, and was elated to serve as a ball boy at the 1991 tournament. While his playing days have slowed somewhat, he still enjoys attending tournaments and playing recreationally. If not playing tennis, he can be found at the gym, or running, his father is a sub 3:30 marathoner and a friendly head to head is looming!

Will’s passion, however, is studying the central nervous system (CNS). After his PhD studies, he moved to Yale in the autumn of 2004 to begin a postdoctoral fellowship in Dr. Stephen Strittmatter’s laboratory to explore how and why damaged neurons fail to re-grow after spinal cord injury (SCI). Quiescence of these damaged pathways results in permanent dysfunction and therefore, clinical interventions that repair the damaged CNS are urgently required. After 4 years of studying with Dr. Strittmatter, Will received a transition award from the National Institutes of Health (NIH) and began setting up his own independent research laboratory. The Cafferty lab opened in the summer of 2010 and continues to study the cellular and molecular mechanisms that restrict axonal repair after spinal cord injury.

Shulamith Chernoff received her joint Masters’ in Child Development and Early Childhood Education from the Jewish Theological Seminary. For thirty years she has taught and mentored teachers, and taught and directed in early childhood centers. Now retired, she has published a book of poetry, and has also translated Holocaust survivors’ memoirs.

Prof. Chernoff is interested in speaking with minority students and students who come from less affluent neighborhoods. She would like to connect with students from those backgrounds, and those who are first generation college students who seek advice and support.

Kevin Coady is a real estate developer who has had long involvement in commercial real estate. He is a recent resident of New Haven after 45 years up the coast in Branford where he has assisted his wife of 45 years in her endeavors as owner of RJ Julia Booksellers in Madison.

Mr. Coady likes to make students feel welcome in New Haven and invites them to the home he shares with his wife, just off campus.