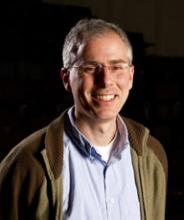 Scott Miller received his B.A. (1989), M.A. (1989) and Ph.D. (1994) from Harvard University, where he worked as a National Science Foundation Predoctoral Fellow. Subsequently, he traveled to the California Institute of Technology where he was a National Science Foundation Postdoctoral Fellow in the laboratory of Robert Grubbs until 1996. For the following decade, Professor Miller was a member of the faculty at Boston College, until joining the faculty at Yale University in 2006. In 2008, he was appointed as the Irénée duPont Professor of Chemistry, and in 2009, the Chairperson of the Chemistry Department.

Prof. Miller is fascinated by most things, but perhaps, especially those that are considered scientific.

Advising and mentoring for upperclassmen, Career advising, Connecting students to internships or other opportunities

Katie is the Senior Technical Advisor for Early Childhood Development at the International Rescue Committee, and has over fifteen years of experience working in the field of early childhood development, education and sustainable development. Katie led the technical design of the Sesame Seeds initiative for the IRC, which received the inaugural MacArthur 100&Change award in December 2017 to provide critical early childhood programming in response to the Syrian crisis.  Katie began her career as a Peace Corps Volunteer in El Salvador, where she lived in a rural community for 2 years teaching in a rural school and developing health education and income generation projects. She first worked with the IRC in 2005 as the education manager in Chad, supporting Darfurian refugees to build and improve educational and recreational programs for children and youth.  After returning to the U.S., Katie began working at the Earth Institute at Columbia University, where she became the Deputy Director of the Global Master’s in Development Practice Secretariat.  Currently a PhD candidate in Applied Psychology and Human Development at the University of Pennsylvania, Katie has conducted research in early childhood development in Central America, Ecuador, India, Kenya, Mexico and Thailand.  Katie has an MPH from the University of Pennsylvania, an MEd in International Education Policy from Harvard and a BA from Johns Hopkins University. 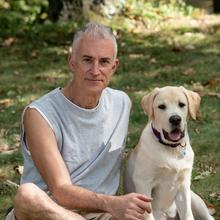 After graduating from Cornell University, he studied stage and costume design in New York University’s MFA program, afterwards working as a wardrobe supervisor in opera, on Broadway, and in television and film production.  His first career change led him to Barcelona, where he taught business English and worked as a staff translator for a global consulting company. He later built and operated a cafe-bar in Barcelona’s then-burgeoning Raval district.

After returning to the States, he earned an MS in secondary education and ESL (Albright College) and taught high-school Spanish for ten years, before receiving an MLS (Southern Connecticut) and making the switch to librarianship.

He is enthusiastic about helping students navigate and make sense of the morass of information available today, empowering them to make the decisions that will make their lives happier and the world more liveable.

Robert enjoys learning about and sharing the company of dogs.  He is also fascinated by uncovering family secrets through genealogical research.