Morse shares condolences with the Madam Secretary’s family and the nation at her passing. She was a beloved Morse Fellow.
Madeleine K. Albright was a professor, author, diplomat and businesswoman who served as the 64th Secretary of State of the United States. In 1997, she was named the first female Secretary of State and became, at that time, the highest ranking woman in the history of the U.S. government. From 1993 to 1997, Dr. Albright served as the U.S. Permanent Representative to the United Nations and was a member of the President’s Cabinet. She was a Professor in the Practice of Diplomacy at the Georgetown University School of Foreign Service. Dr. Albright was Chair of Albright Stonebridge Group, a global strategy firm, and Chair of Albright Capital Management LLC, an investment advisory firm focused on emerging markets. She also chaired the National Democratic Institute, served as the president of the Truman Scholarship Foundation and was a member of the U.S. Defense Department’s Defense Policy Board. In 2012, she was chosen by President Obama to receive the nation’s highest civilian honor, the Presidential Medal of Freedom, in recognition of her contributions to international peace and democracy.
Dr. Albright’s book, Fascism: A Warning (2018) debuted at #1 on the New York Times bestseller list. She is the author of five other New York Times bestselling books: her autobiography, Madam Secretary: A Memoir (2003); The Mighty and the Almighty: Reflections on America, God, and World Affairs (2006); Memo to the President: How We Can Restore America’s Reputation and Leadership (2008); Read My Pins: Stories from a Diplomat’s Jewel Box (2009); and Prague Winter: A Personal Story of Remembrance and War, 1937-1948 (2012). Dr. Albright’s upcoming book, Hell and Other Destinations will be published in April 2020.
Profession and title:
Chair, Albright Stonebridge Group and Albright Capital Management; Former U.S. Secretary of State
Picture: 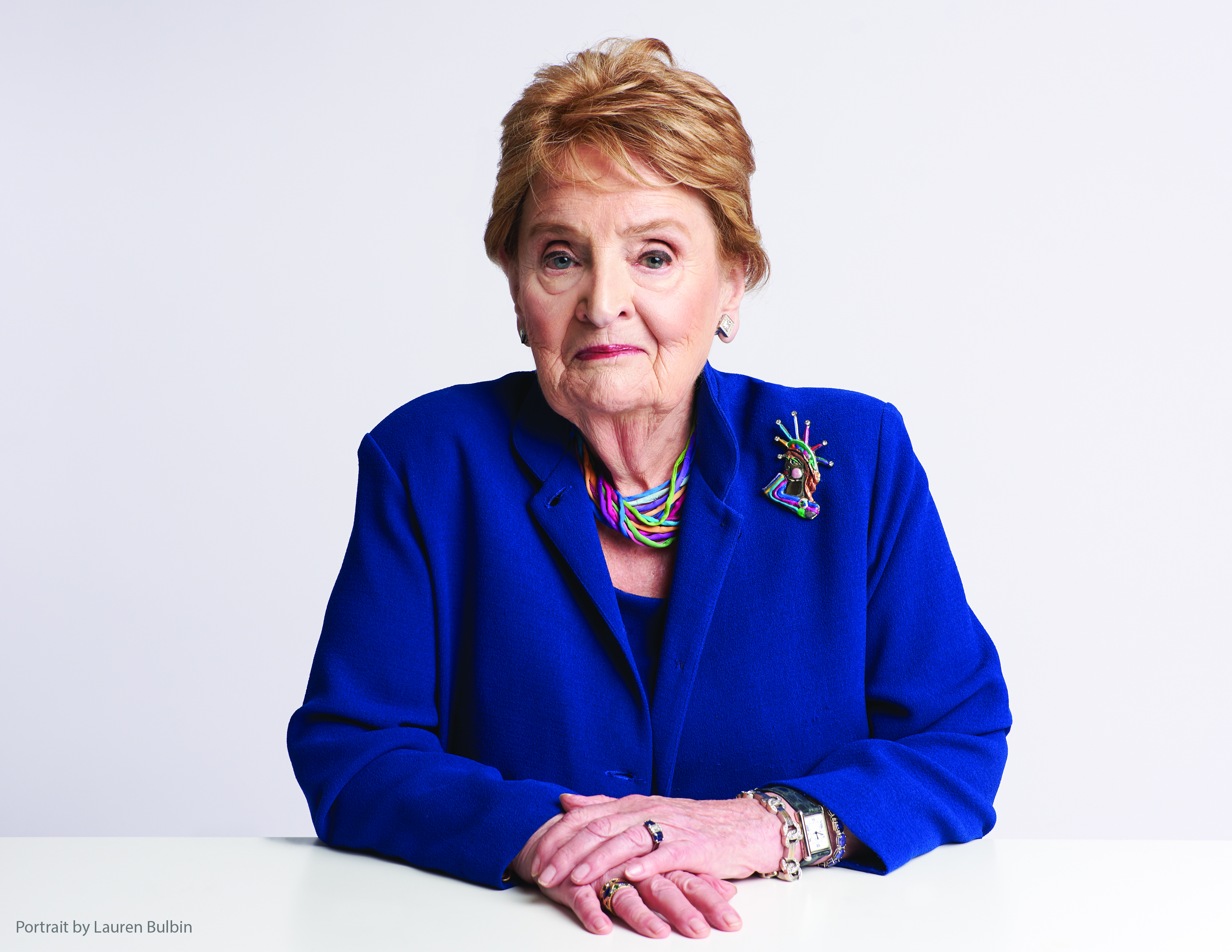